This page is for version v1.7.0 and above
For the latest version of PopcornFX, see: Project_settings


This is the window where you can customize the settings of your project.
It can be accessed either from the Project selection window, or from the Content browser once the project is opened.

Note however, that only a subset of the project settings will be editable once the project is opened in the content browser. To edit all settings, you'll need to close the editor and change the settings from the Project selection window directly. 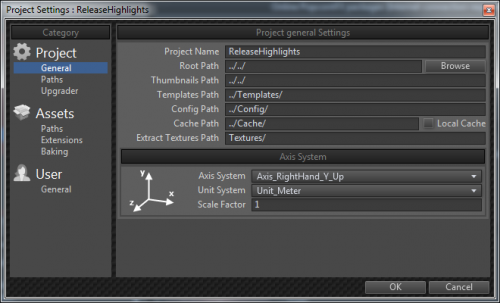 The "Pack root" tells the editor where the pack is physically located.
It can be a path relative to the data-folder, or an absolute path.

The Coordinate-system setup panel will allow you to choose between the following coordinate systems: 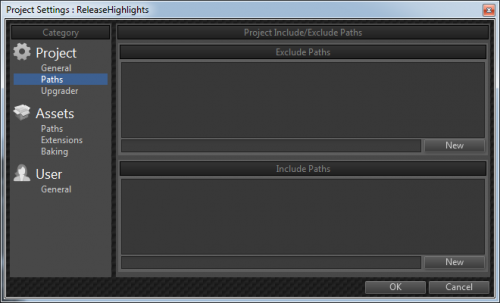 In this panel, you can add a list of paths to be excluded from your project hierarchy. This is useful if you have lots of game-data you don't care about when creating effects.
Ignored folders will not be displayed in the content browser.

You can also add a list of paths to be included _on_top_ of the excluded paths.
As these are applied after, if means you can basically: 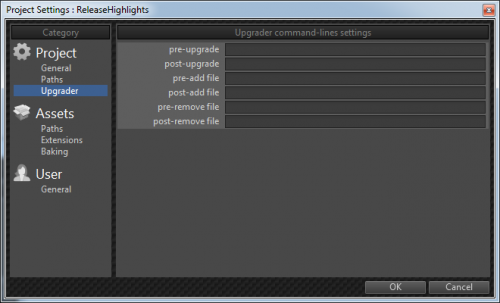 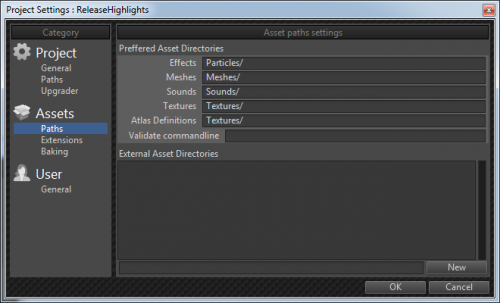 You can add custom resource paths to where your resources are located, to make them browsable from within popcorn.
(absolute paths are forbidden to reference resources in the editor). 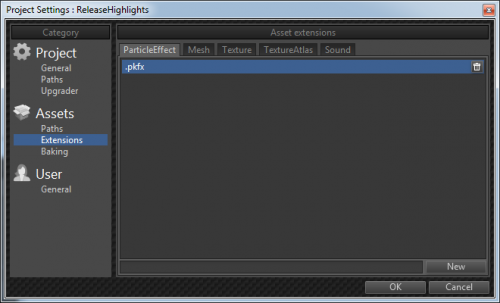 This panel allows you to specify which extensions should be treated as which resources.
Currently, it is only useful if you want to forbid browsing certain filetypes from within the popcorn editor.

For example, you can force the editor to only browse and use .dds files, and not show any of the other image filetypes, by just removing them from the list in the 'Textures' tab. 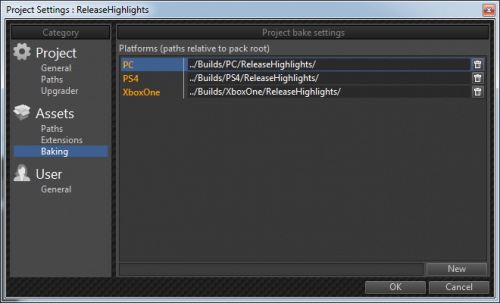 Here you can setup your list of output platforms to tell the editor where it should output the baked targets for each platform. 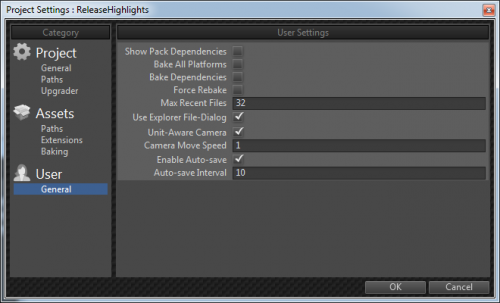