By default, once they are emitted, popcorn particles live their life in worldspace, and have no knowledge of their original instance's location and transforms. Therefore, if the source instance moves around, the already spawned particles cannot be affected, and do not move around with it.

The localspace evolver is useful to make some or all of the other evolvers run in the effect's instance localspace, rather than in worldspace.
It is most useful with the

You can have a look at the Particle Tips: Local shape colliders or Particle Tips: Dealing with attractors pages for additional infos/tips and a concrete usage example of that evolver.

The localspace evolver does not automatically create any particle fields.

The localspace evolver will modify ANY field that has its transforms flags set to anything else than 'None': 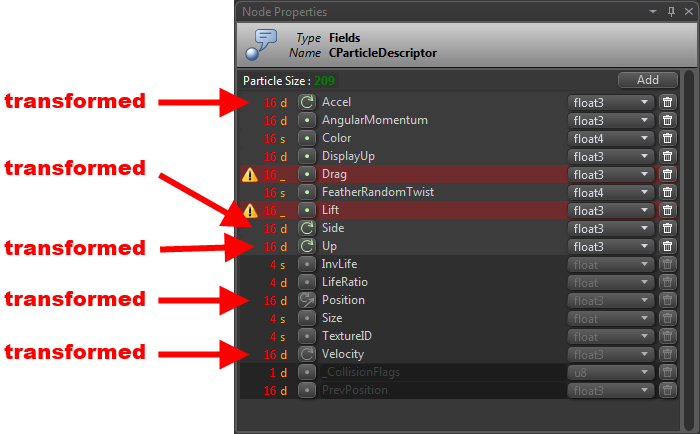 If used as a standard evolver, without sub-evolvers, the localspace evolver will apply, for each particle, the 'ModeEnter' transform, followed by the 'ModeLeave' transforms to all transformable particle fields.
With the default values of 'WorldToLocal_Previous' and 'LocalToWorld_Current', This will apply the movements of each instance to all their particles.
This means that if the FX instance is moved 5 units in the world, all its particles will be moved by the same 5 units, effectively making them appear as if they were moving with their parent instance.

NOTE : It is useless to use a localspace evolver that has no sub-evolvers with any other mode than Previous => Current, as Previous => Previous or Current => Current would essentially produce an identity transform. 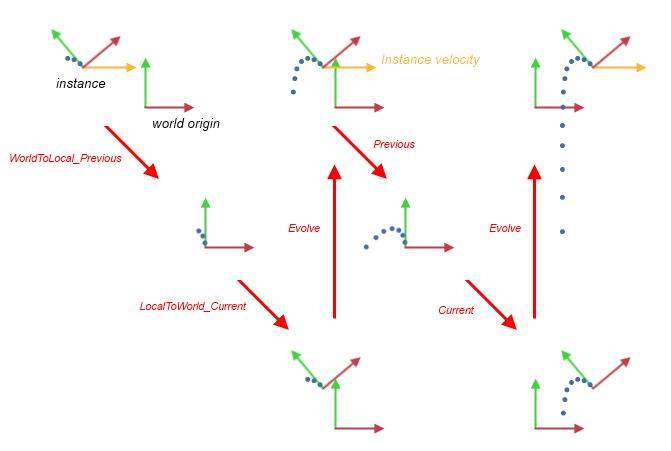 The Sub-evolvers mode is the one use to have local physics, collisions, project on local shapes, and use attractors relative to the instance location.
(can be achieved by drag-n-dropping any evolver ON the localspace evolver)

Then, the following will be done at runtime: 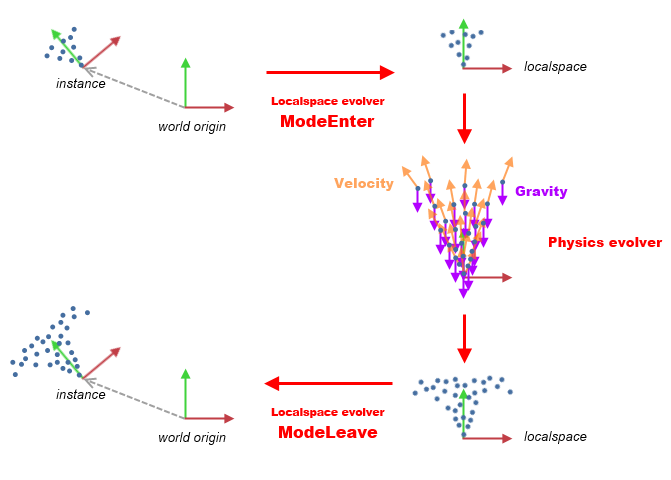